Ton T.B., born in Den Bosch area (the Netherlands) as Ton van Empel, has been around for quiet some time now. He’s probably best known for a number of massive club hits under his Three Drives moniker, like ‘Sunset On Ibiza’, ‘Air Traffic’ and of course the 1997 all time classic ‘Greece 2000’.

As Ton T.B., he was signed to Tiësto’s Black Hole label for years, delivering some memorable tracks like ‘Electronic Malfunction’ and another Tiësto fav,

Over the years, Ton’s tracks have been licensed to prestigious international labels like Hooj Choons, Xtravaganza, VC Recordings and Vandit Records.

And now it’s 2018. It is considered one of the biggest 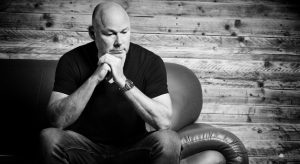